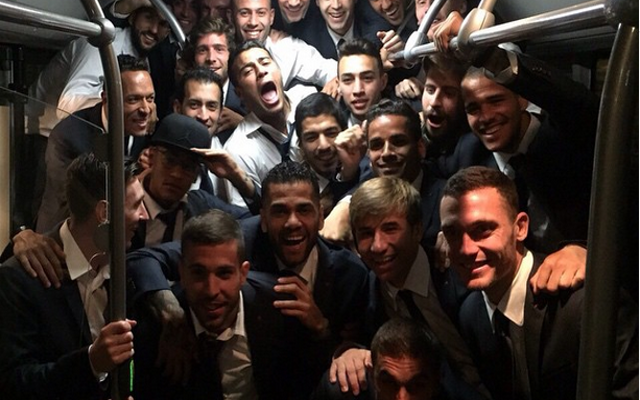 Pretty sure Health and Safety wouldn’t be all that enamoured by this show of unity!

Barcelona eased past Bayern Munich on Tuesday night to book their spot in the Champions League final, losing the second leg at the Allianz Arena 3-2 but progressing thanks to their win at the Nou Camp, and Luis Suarez’s latest Instagram post certainly shows a side on a high.

Luis Enrique has had a great debut season in charge of the Catalan outfit, their win on the weekend and Real Madrid’s draw at home to Valencia opening a four point gap at the top of La Liga with two games to spare, and the former Barcelona midfielder could well secure a superb double.