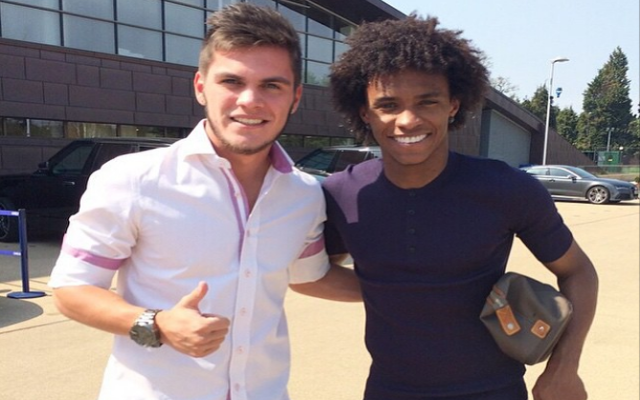 The Blues have recently completed the purchase of the youngster.

Jose Mourinho has a plethora of Brazilian talents in his Chelsea squad and new boy Nathan has taken the opportunity to pose with one of his fellow team-mates, and fellow countryman, Willian.

Willian has played a key role in Chelsea’s Premier League title triumph, taking part in 35 of the club’s 36 fixtures, effectively leading to Mohamed Salah being loaned out whilst also keeping new signing Juan Cuadrado out of the Blues first team starting eleven in the process.