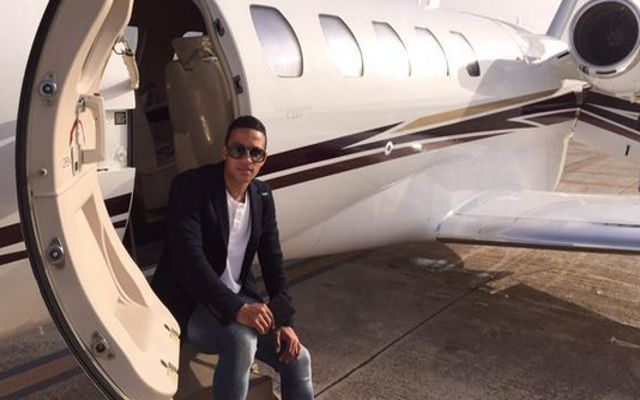 Dutch winger touches down in England for promotional purposes.

Having officially confirmed the capture of impressive young PSV Eindhoven attacker Memphis Depay it’s now time for Man United fans to get excited about what the versatile forward can offer their front-line.

Depay, who primarily plays in a wide role in the final third, has been in fine goal-scoring form in the Dutch top tier and more than a few of his 28 goals this season have come from stonking free-kicks.

Here he poses by a private jet having landed in the UK.