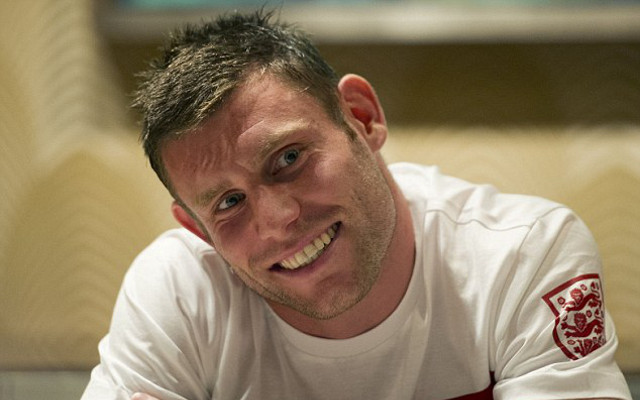 Liverpool are hopeful that their inability to qualify for next season’s Champions League won’t deter Manchester City midfielder James Milner from signing on a free transfer in the summer, Mail Online reports.

The versatile England international is out of contract at the Etihad Stadium next month and is yet to give any indication as to whether he will yet extend his contract or seek a move elsewhere when he becomes a free agent on July 1.

Brendan Rodgers could face strong competition for the midfielders signature from rivals Arsenal, with Arsene Wenger a known admirer of Milner and would have the upper hand over the Anfield outfit as he would be able to offer the 29 year-old Champions League football.

The Reds are set to miss out on a top-four finish this season and will have to settle for a place in the Europa League next year as they currently trail Manchester United by six points with just two games remaining and have an inferior goal difference.