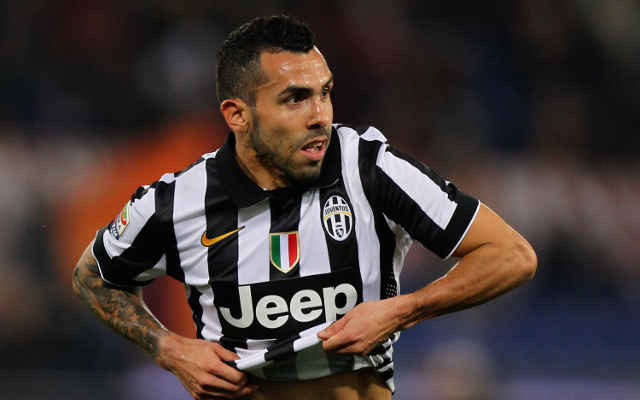 Liverpool have reportedly made clear their interest in Juventus forward Carlos Tevez according to the Metro.

Anfield boss Brendan Rodgers could well do with fresh goal-scoring options but one has to wonder whether the Argentine international would consider a move to join Liverpool.

The former West Ham, Man United and Man City man has proven a big hit since moving to Turin back in June 2013, grabbing 21 goals in debut campaign whilst racking up 29 this term.

His recent form has led to a long awaited return to the national team set-up and having won back to back Serie A titles, whilst also playing a key role in his side’s run to the Champions League semi-finals, and as such it’s hard to fathom why he’d move to a Liverpool side who can not even offer him Champions League football let alone a genuine push for major honours.