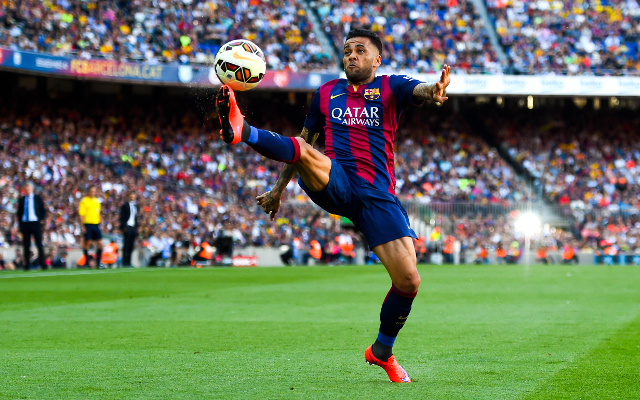 Spanish football expert Guillem Balague believes that Dani Alves, whose contract expires in the summer, will sign a new deal with Barcelona as a result of his outstanding performances this term.

The future of the Brazilian defender at the Camp Nou has been the subject of intense speculation with the full-back in no rush to commit his future to the Spanish giants.

Balague believes that Alves will stay with the Champions League finalists, and tweeted:

Convinced D. Alves will remain at Barcelona. By the way, his form in the last 2 months, on the way to end of his contract, is outstanding

Nonetheless, if reports from Sky Sports are to be believed, Manchester United are still in the running to clinch his signature at the end of the season.

The Red Devils have reportedly tabled a superior package to that of the one offered by his current club Barca, which could persuade the 32-year-old to a switch to the Premier League giants.

The Brazil international has made 39 appearances for Luis Enrique’s side, and would certainly be a huge loss if he decides it’s time to move on from the Camp Nou.