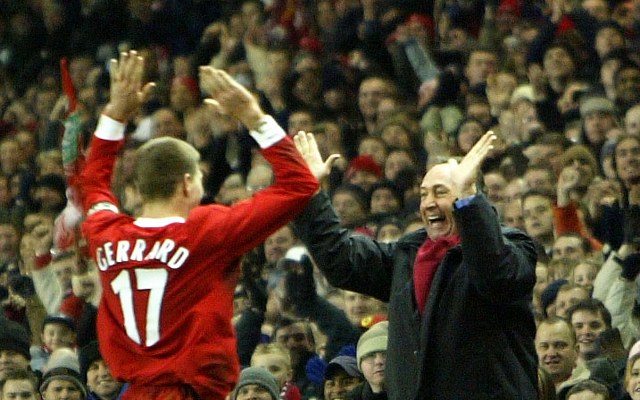 Former Liverpool manager Gerard Houllier is firmly of the opinion that departing Reds skipper Steven Gerrard will make a “great manager” once he decides to hang up his boots for good.

Gerrard is preparing for what is almost certain to be his last ever competitive fixture at Anfield against Crystal Palace on Saturday afternoon as his Liverpool career slowly comes to an end with the Premier League season almost complete.

The Kop idol is set to end his long time association with the Merseyside outfit in the summer and continue his career in the United States with Major League Soccer side LA Galaxy, meaning his last ever game for the Reds will come at the Britannia Stadium against Stoke City on May 24.

But Houllier, who handed Gerrard his senior Reds debut against Blackburn Rovers in November 1998, says that he can see the midfielder becoming a top manager once he retires from professional football:

“He will make a great manager because he has always put the team first.” The Frenchman told BBC Sport.

“He has got everything it takes to think about the team, the club and the development of others, he is a natural born leader, a very inspirational leader. He is somebody you want to follow.” he added.