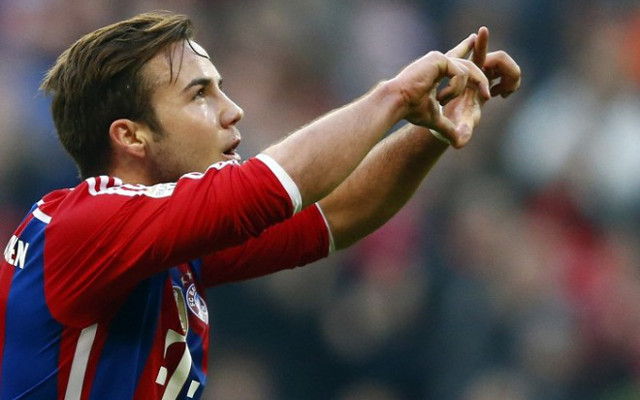 Arsenal boss Arsene Wenger is considering offering £30m to Bayern Munich for the signature of forward Mario Gotze in the summer transfer window.

The German attacker is struggling for regular playing time under boss Pep Guardiola – and could, therefore, be welcome to the idea of leaving the Allianz Arena.

The Mirror report that the 22-year-old is a target for Arsenal in the summer, but the Gunners will have to fend off Premier League rivals Chelsea and Manchester United for his signature.

The forward was a hero for Germany in the 2014 World Cup in Brazil – scoring the only goal in the final – but the season that followed his country’s success has been far from spectacular for the youngster.

Gotze has failed to make an impression in his second term at the Allianz Arena since moving on a free from fierce rivals Borussia Dortmund, and Arsene Wenger in particular is ready to capitalise on his lack of playing time with a £30m offer to bring him to the Emirates Stadium.

The Gunners have also been linked to Real Madrid playmaker Isco [via the Express]. However, with Mesut Ozil, Santi Cazorla, Aaron Ramsey and Jack Wilshere competing for places in central midfield, it’s hard to envisage where rumoured targets Gotze and Isco could fit into the current side – or rather who they could replace.