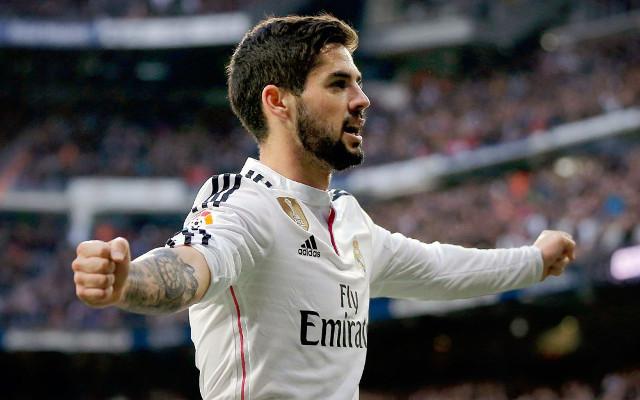 Arsenal are willing to break their transfer record to seal a deal for Real Madrid playmaker Isco, as Arsene Wenger is planning a £45m bid in the summer transfer window.

The Express cite reports claiming that the 23-year-old has fallen out with boss Carlo Ancelotti over his position as back-up to Gareth Bale and James Rodriguez, but the young midfielder has insisted that he is happy at Real and isn’t looking to leave the club.

Nevertheless, settled or unsettled, his comments haven’t deterred the interest of Arsenal, and the Express state that Arsene Wenger believes an offer of £45m could secure the signature of the Spain international.

If the Spanish giants accept the rumoured offer, it would beat the £44m the Gunners paid to sign former Santiago Bernabeu star Mesut Ozil two seasons ago.

The plethora of options in midfield for Carlo Ancelotti could tempt Los Blancos into selling Isco – who only made the move to Madrid in the same window as record-signing Gareth Bale.