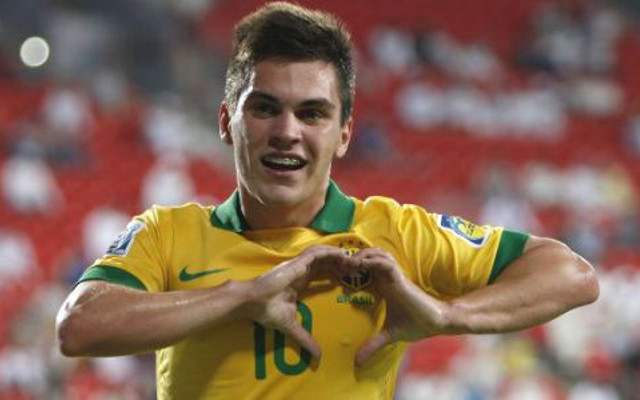 Chelsea have announced a deal to sign exciting young attacking Brazilian midfielder Nathan from Campeonato Brasileiro Série A side Atletico Paranaense this summer.

SEE ALSO:
Roman Abramovich has now spent over £1bn at Chelsea
All Premier League 2015 free transfers: Chelsea and Manchester City stars among those out of contract
£s per point: Manchester United and Arsenal thrashed by Mourinho in success/net spend stakes

The 19-year-old Brazilian will join the newly crowned Barclays Premier League champions when the transfer window opens on July 1st, after already passing a medical and agreeing personal terms with the West London outfit.

Nathan has developed a reputation as an attacking midfielder with an eye for goal and will provide competition to the likes of Cesc Fabregas, as well as his two Brazilian compatriots Oscar and Willian for a first team spot at Stamford Bridge next season.

The youngster shone at the Under-17 World Cup back in 2013 as he scored five goals in five games en route to being named in the team of the tournament.

In an interview with the club’s official club website, Nathan has expressed his delight at joining the Blues and is relishing the prospect of playing in the Premier League:

“I am very happy to be joining Chelsea, the champions of England, and I hope I will be able to learn a lot and develop my game.” he said.