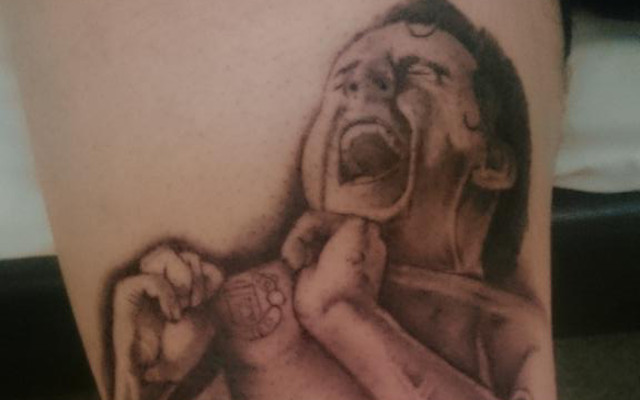 A fan has decided to get a tattoo of Manchester United legend Gary Neville to show how much he loves the former right-back.

The defender made over 600 appearances for the Red Devils and 85 for the England national team in a career that spanned 19 years between 2002 and 2011. During this time he won eight Premier League titles, three FA Cups, two League Cups and two Champions League titles.  Since then the 40-year-old has become a well-liked pundit for Sky Sports.

Even with this Neville is a weird choice for a tattoo though. Surely a United superfan would be wanting more exciting heroes such as Eric Cantona and Ryan Giggs from the same era? Not even the full-back’s punditry is that good!

Hey @GNev2 had this done today. Love you mate pic.twitter.com/pt0LxBOSuO

Luckily for the supporter though, Neville seemed to enjoy the sentiment, even returning his outcry of love. Although it isn’t quite possible to tell if the former England international was taking the mickey…