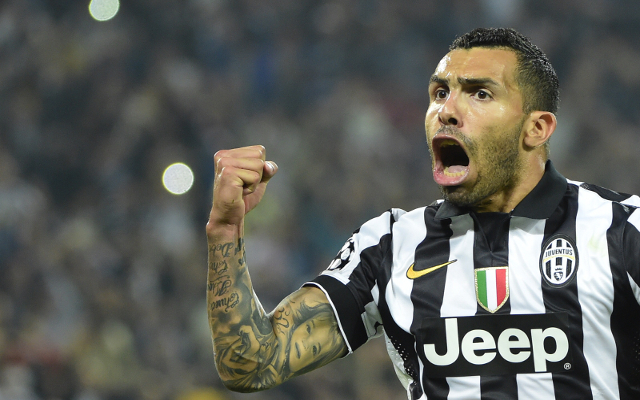 Juventus striker Carlos Tevez has been linked with a summer move to Major League Soccer.

The Argentine striker is enjoying a fine season in Serie A, where he has scored an impressive 20 goals and contributed seven assists in only 28 league starts.

Similarly, he has been in scintillating form in the Champions League, where he has managed seven goals in 12 appearances.

The most recent of these came against Real Madrid in the semi-final first leg; having ousted the reigning champions 3-2 on aggregate, Tevez and his teammates can now look forward to a European Cup final against Barcelona.

Tevez, in particular, will surely relish the prospect of going head-to-head with his national teammate Lionel Messi.

However, beyond the final, the former Manchester City and Manchester United man’s future looks murky.

Liverpool are believed to be interested in his services as they continue look to fill the void left by Luis Suarez, while Top Mercato have reported that several Major League Soccer franchises would be interested in taking the hard-working forward to the Unites States.