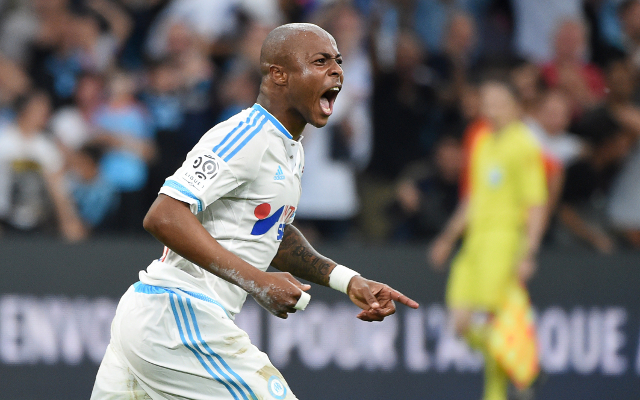 Marseille winger Andre Ayew could be on his way to the Barclays Premier League this summer after it was revealed that the Ligue 1 outfit can’t afford to keep the Ghanaian international at the club next season, Mirror Online reports.

Premier League duo Liverpool and Tottenham have been linked with a move for the Ayew, who is set to depart the French side when his contract runs out this summer and it was reported in the Metro last week that he has a connection with the former as it was the club he supported as a youngster.

Marseille president Vincent Labrune, hinted to BT Sport last weekend that the financial situation at the club will make it difficult for them to retain the services of the winger, who played a starring role in their 2-1 win against Monaco on Sunday night:

“We can’t keep Ayew. He is a very important player for OM but we can’t offer him the kind of money English clubs can offer.” he said (via Mirror Online)

“The French financial system is complicated and we can’t offer him an equivalent salary to what he can earn in England. And equally, we can’t ask Ayew, who we love and is an icon of our team, to accept a lower salary.” Labrune explained.