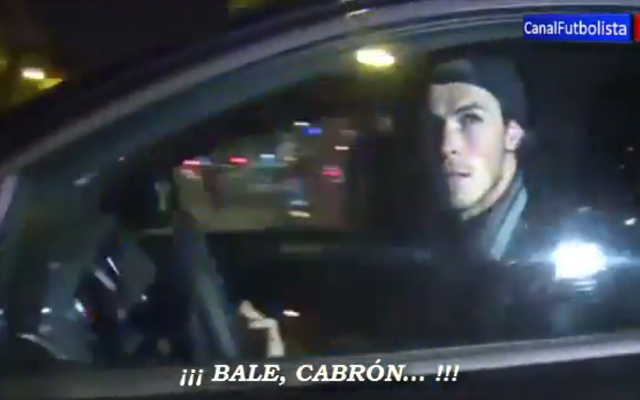 Gareth Bale was met with a mob of raging Real Madrid fans after their Champions League exit on Wednesday night – who were waiting to hurl verbal abuse at the winger as he fled in his car.

The Spanish giants had their hopes of retaining the Champions League trophy banished on Wednesday night, as Juventus drew 1-1 at the Santiago Bernabeu to win the semi-final 3-2 on aggregate. Bale was guilty of missing a number of key chances, which didn’t go unnoticed by the home supporters.

The 25-year-old was driving out of the Santiago Bernabeu car park only to be met by a crowd of furious Los Blancos supporters – who didn’t hold back in telling the attacker exactly what they were thinking of his performance.

His miserable time in Madrid is certainly showing no signs of improvement, and latest reports claim that – such is Bale’s unhappiness at his treatment in Madrid – he is close to agreeing a sensational £300,000 per-week contract with Manchester United in the summer [via the Metro].