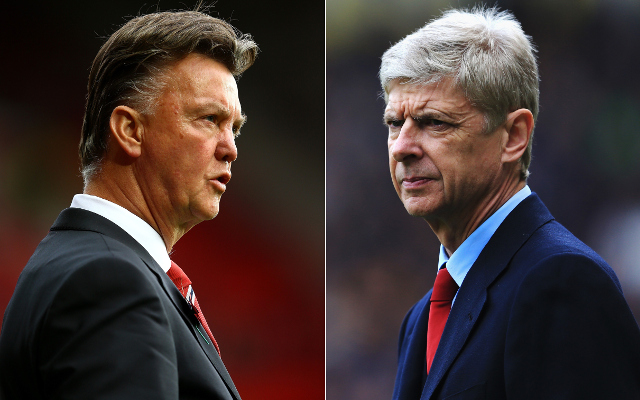 Arsenal legend Paul Merson believes his former side will lose against Manchester United at Old Trafford on Sunday afternoon in a game that will have huge implications on who finishes third in the Barclays Premier League.

SEE ALSO:
Arsenal to push through £13m deal for Bundesliga star
Manchester United to start contract talks with number of stars
Real Madrid’s Gareth Bale will have to hand in a transfer request to force Manchester United move

The Gunners head into the clash against their fierce rivals on the back of a first defeat in 10-games after they were beaten 1-0 by Swansea City at the Emirates Stadium on Monday night, which cost them the opportunity to move level on points with second placed Manchester City.

Meanwhile United are all but certain to finish in the top-four this season as they require one more point to be mathematically assured of a return to the Champions League and will move above Arsenal into third with victory at the weekend.

When the two sides met in the FA Cup quarter-final back in March it was the Gunners that came out on top thanks to a Danny Welbeck winner against his former club, but Merson has tipped United to gain revenge:

“For some reason I just think that United will edge this one.” the former Arsenal man told Sky Sports.

“Wayne Rooney seems to be back to his best and although they were a bit lucky to beat Palace last weekend, and Arsenal did win the last time they went to Old Trafford in the FA Cup, I am going for United to win this one 2-1.” he predicted.