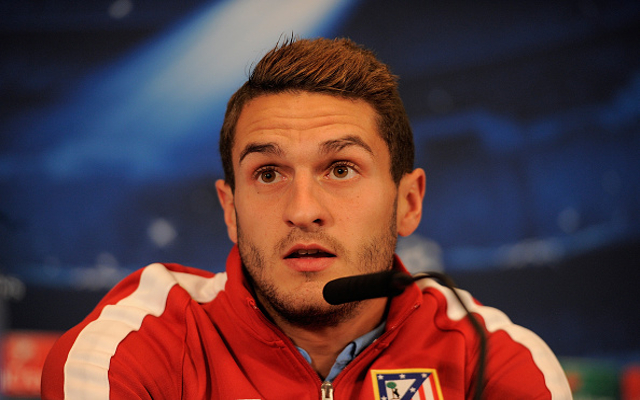 The current Spanish champions are keen to fend off interest from the newly crowned Premier League champions by offering Koke a new contract and it’s expected to include a buy-out clause of around £100m.

The Blues and Atletico did conduct transfer business only last summer as Jose Mourinho recruited Diego Costa and Felipe Luis from the Vicente Calderon and also recalled goalkeeper Thibaut Courtois from his three year loan spell.

But while those players made the switch to Stamford Bridge, Koke has insisted that he won’t be following in their footsteps and says that he will be an Atletico player at the start of next season:

“Yes, I will play here.” he confirmed when asked about his future.

Koke will be in action for his club on Sunday evening when they welcome the visit of La Liga leaders Barcelona to the Vicente Calderon as they look to deny the Catalan giants from winning the league at their ground.