Manchester United defender Luke Shaw has welcomed the support of manager Louis van Gaal during an injury-hit first season for the youngster at Old Trafford.

The 19 year-old signed from Southampton last summer in a deal worth a reported £27million (via BBC Sport), but has made only 16 Premier League appearances this season and suffered yet another injury in United’s 2-1 win against Crystal Palace last weekend. 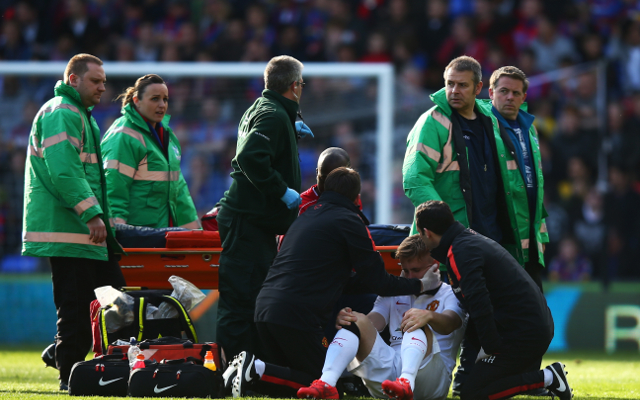 But despite the various injury problems throughout the campaign , it was reported by Mirror Online that van Gaal still has faith in the left-back and those words have been kindly received by Shaw:

“I was really happy when I saw the manager had said that about me.” The youngster told the club’s official website.

“Just to know he’s got trust in me is something special and I couldn’t ask for any more.”

“My season hasn’t been the best but not the worst either.” he continued.

The England international will be hoping to play again this season as United require one more point to mathematically secure a top-four finish and a return to the Champions League after one season away.

Arsenal are the visitors to Old Trafford at the weekend as the Red Devils have a chance to leapfrog their opponents in the table and exact a measure of revenge after being knocked out of the FA Cup by the Gunners back in March, as Danny Welbeck came back to haunt his former side with the winner.