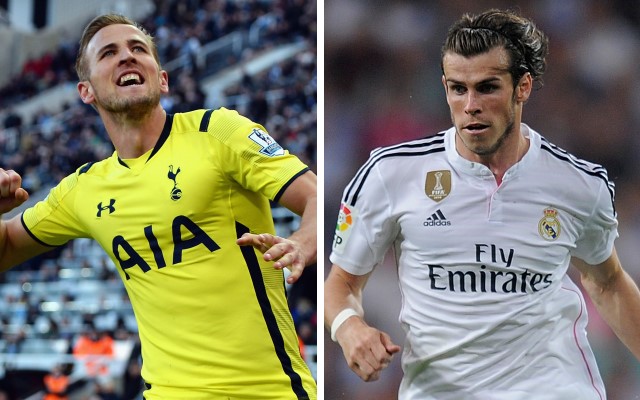 Speaking to the Telegraph, the veteran stopper, who recently announced his decision to retire at the end of the season, drew a parallel between his current colleague Kane, and Bale, who he describes as “one of the world’s best players.

“Harry Kane is very similar in stature to Gareth Bale, although he doesn’t possess the pace that Bale has,” Friedel began, “Harry has maximised his strength to get quicker. Keep in mind that Harry is a young boy. He’s going to mature.

“In terms of striking ability he is one of the tops I’ve played with. He’s got a powerful strike. He’s a good kid,” he continued, “he’s one of those you’ll be covering for many years and you won’t have any issue with him. He’ll be a tremendous professional.”

Friedel is retiring over 20 years after first arriving in English football, when he moved to Newcastle United on loan in 1994.

Since then, he has featured for the likes of Blackburn Rovers, Aston Villa and Liverpool, while also turning out for Turkish giants Galatasaray, and Columbus Crew in his homeland.

The stopper holds the record for the most consecutive matches played in the Premier League—310 between August 2004 and November 2012. He will break the record as the oldest player in Premier League history if he features in one of Tottenham’s two remaining games this season, according to the Telegraph.

He may not be the only player set to leave White Hart Lane this summer.

Kane has also been tipped for a departure, having piqued the interest of Manchester United coach Louis van Gaal.

According to the Daily Mail, the Old Trafford club have made the one-time England international their chief transfer target this summer and are planning a £45 million move for the forward this summer.

They have also been linked to Bale, with the Daily Star reporting that that the odds have been slashed on the Welsh international moving to Old Trafford this summer.