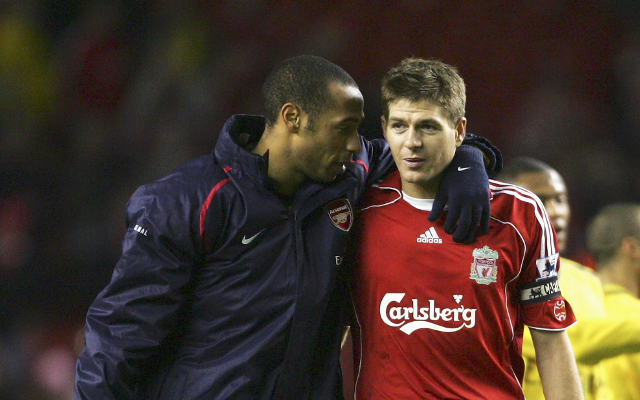 Arsenal legend Thierry Henry appeared to be quite confused as to if not winning the Premier League title will define departing Liverpool captain Steven Gerrard’s legacy in English football ahead of his final game at Anfield on Saturday.

Henry paid tribute to Gerrard in his Sky Sports video blog and compared him to the likes of two other English Premier League greats in Paul Scholes and Frank Lampard, despite the fact that the Reds legend has never won a league title.

But the Frenchman doesn’t appear confident at all in saying that it doesn’t matter if Gerrard’s glittering career with the Merseyside outfit will close without at least one league title to his name.

Check out the clip below:

The former England captain, who is preparing for his final two games as a Liverpool player starting with his Anfield farewell against Crystal Palace at the weekend, admitted to BBC Sport that he regrets not winning the league with his boyhood club.