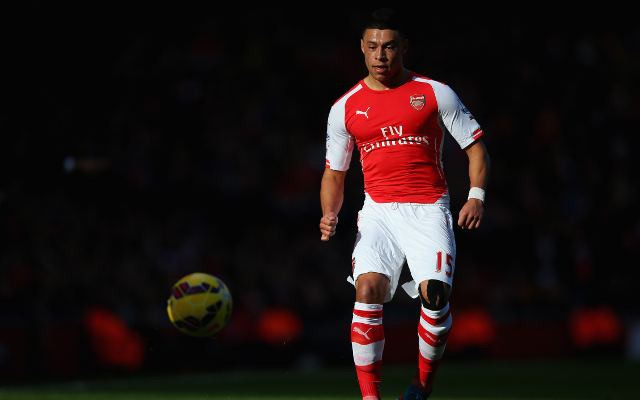 Arsenal star Alex Oxlade-Chamberlain has been ruled out of the FA Cup final with a hamstring injury picked up in training, reports the Daily Mirror.

This will also rule the England international out of the Gunners’ match against Manchester United on Sunday and their final league match against Sunderland and West Bromwich Albion.

With six points still needed to guarantee a top three finish and avoid needing to qualify for the Champions League group stage means that the midfielder’s injury will not be welcome news for manager Arsene Wenger.

The Frenchman revealed the news on Friday, saying: “He has done his hamstring in training. Look, he will not play next week and after, there’s only one week to go for the cup final. I think he will be short but you never know.”

The former Southampton man was always going to be a doubt, having not played for the Gunners since early March. Since then the North London side have won five out of seven matches in the top flight with Mesut Ozil, Alexis Sanchez, and Aaron Ramsey playing behind Olivier Giroud for the majority of the matches.

All of those four are likely to be fit for the Old Trafford clash, although Ramsey remains a doubt after only returning to training on Friday.

Wenger will be confident that, with the options he has, his side should have enough to overcome Tim Sherwood’s Aston Villa at Wembley.