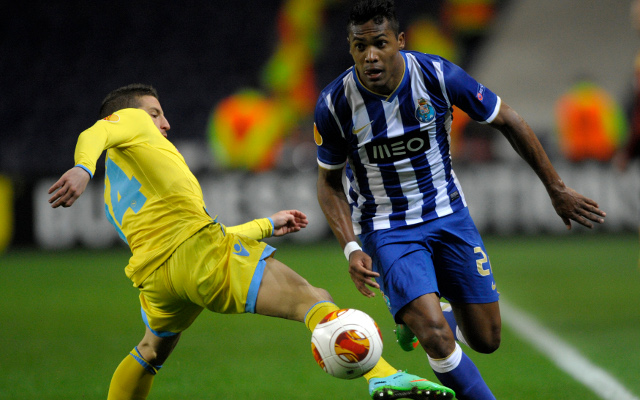 Real Madrid and Atletico Madrid are set to go head-to-head in the transfer market for FC Porto star Alex Sandro this summer, with Liverpool and Manchester United also believed to be interested in his services.

Real have already signed the full-back’s teammate Danilo for a fee of €31.5 million, with the 23-year-old Brazilian right-back set to join the club on a six-year deal this summer, according to Uefa.com.

According to Marca, Carlo Ancelotti’s side may well look to do more business with Porto this summer, with the club eyeing Danilo’s counterpart in the other full-back position, Alex Sandro.

However, they will not be alone in their desire to recruit the six-time Brazil international, who can be considered as a long-term successor to 27-year-old Marcelo.

The former Santos and Atletico Paranaense man is also being targeted by Liverpool and Manchester United. Real’s cross-city rivals Atletico Madrid, according to Le 10 Sport, are also looking to snare the adventurous full-back, with Diego Simeone a big admirer of the player.

The French source also reports that a fee of €50 million would be enough to sign the 24-year-old, whose current contract with the Dragons runs until 2016.

Alex Sandro featured nine times in the Champions League this season, contributing one assist as Porto advanced to the quarter-finals.