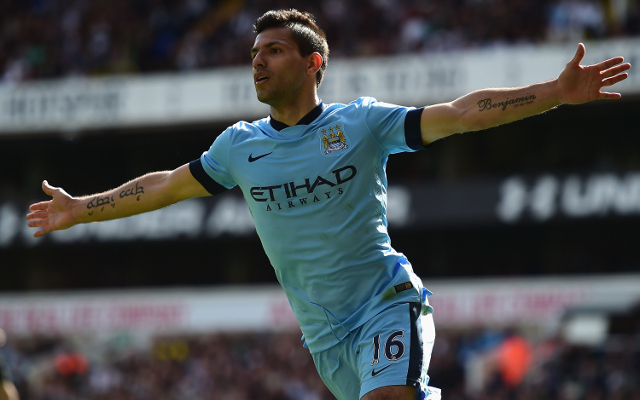 Manchester City manager Manuel Pellegrini has told any clubs interested in signing star Sergio Aguero this summer will be wasting their time as he has no plans to cash in on the in-form Argentine, Mirror Online reports.

The former Atletico Madrid hit-man is on course to win the Golden Boot award after scoring 25 goals in the Premier League so far this season, and it has been speculated that La Liga giants Real Madrid and Barcelona were eyeing a move for the 26-year-old this summer.

But Pellegrini has insisted that the club have no desire to let Aguero leave when the transfer window opens and firmly believes the player is happy at the Etihad Stadium, despite enduring a disappointing season in terms of trophies:

“We are not a selling team and I think Sergio is very happy here and has no intention to go.” The Chilean manager said.

“I think Sergio is in the top five players in the world.” he added.

City have relinquished their Premier League crown to Chelsea with very little fight as this season, despite being joint-top with the Blues at the turn of the year they are now 11 points behind the champions with two games left .