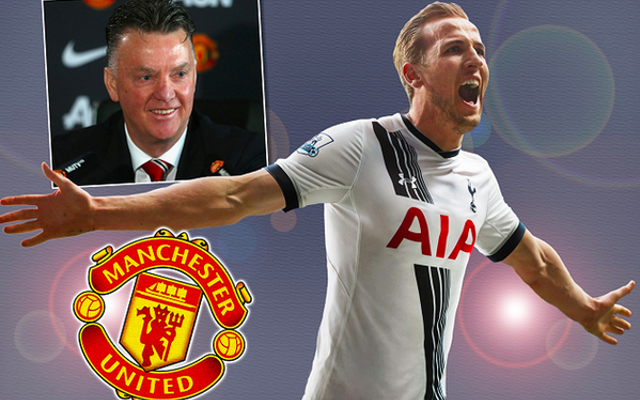 Manchester United manager Louis van Gaal has refused to rule out a move for PFA Player of the Year Harry Kane this summer, following shock reports in The Independent that revealed United are interested in signing the Tottenham striker this summer.

The Dutch manager is keen to strengthen his squad with United looking all but certain for a return to the Champions League next season and is thought to have placed Kane, who has scored 30 goals in all competitions for Spurs this year, at the top of his transfer target list for when the window opens in July.

The North London outfit will be desperate to keep hold of their prized asset but a bid in excess of £45million could be too difficult to resist and they have sold key players to United in the past, with Dimitar Berbatov and Michael Carrick both making the switch to Old Trafford from Spurs.

Speaking in his press conference ahead of his side’s game against Arsenal at the weekend, van Gaal remained tight-lipped on a move for the England international:

“I see that I buy everyone in the world but it is not like that.” He said (via Mail Online)

“Transfers is also a process, it is not “I want you and he comes”. There are three parties – there is club, player and us.” Van Gaal explained.