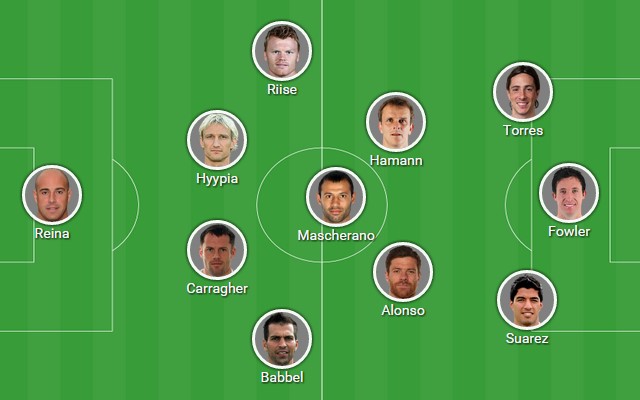 Steven Gerrard played his last match at Anfield on Saturday as Liverpool were defeated 3-1 by Crystal Palace in the Premier League.

Over the years, the former England international has lined up alongside many wonderful players at his beloved club’s iconic home.

Gerrard may never have won the English title, but he lifted just about every other club honour available to him during 17 years of outstanding service on Merseyside.

As Gerrard comes to the end of his Liverpool career, we look back over the greatest players the midfielder played alongside at Anfield.

Sadly, none of the players who represented the Reds this season have made the cut…but comment below and let us know if there’s anyone we missed.