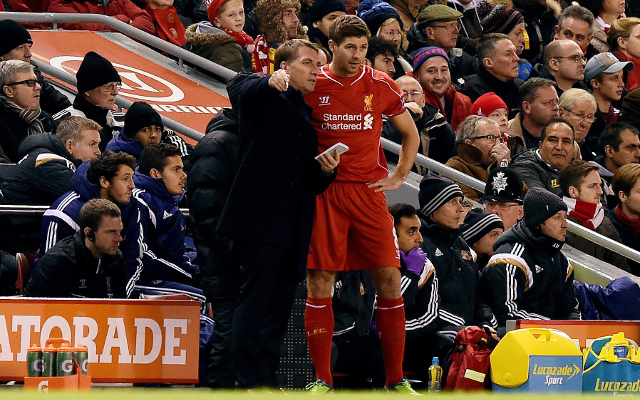 Steven Gerrard may not be playing his last-ever game at Anfield against Crystal Palace at the weekend after Liverpool manager Brendan Rodgers has revealed that a loan deal for the club icon in January could be on the cards, Mirror Online reports.

The Reds skipper has just two games remaining with the Merseyside outfit as he prepares to continue his playing career in the United States with Major League Soccer side LA Galaxy once his contract at Liverpool expires at the end of next month.

But due to the nature of MLS, where the season breaks from December through to late February, Gerrard could follow in the footsteps of Thierry Henry and Tim Cahill by returning to the Premier League for a short-term spell in order to build up his fitness.

Speaking at a press conference ahead of the game against the Eagles, Rodgers has welcomed the idea of bringing back the Kop legend next year but was quick to stress that the option hasn’t been discussed just yet:

“We’ve not spoken about that, it’s just something we will see how it pans out,” the Northern Irishman told reporters.

“A loan is something which may be a possibility further down the line, but it’s way too early to look at that now,” he added.