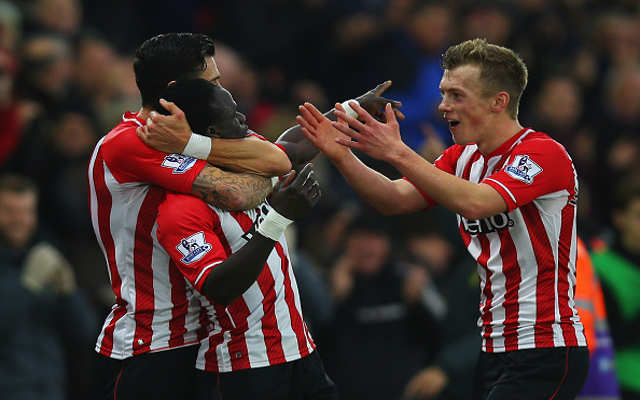 History was made during the Southampton vs Aston Villa match at St Mary’s on Saturday afternoon as Sadio Mane broke the 21-year record for the quickest hat-trick in Premier League history.

The Senegalese international took only two minutes and 56 seconds to complete his treble and therefore broke the previous record of four minutes and 23 seconds which was set over two decades ago by Liverpool legend Robbie Fowler against Arsenal.

His first of the afternoon arrived after 12 minutes when he shrugged off a challenge from Villa defender Alan Hutton to slide the ball into an empty net, then barely a minute later he grabbed his second in what was almost identical to his first.

After Shane Long was denied by Shay Given, Mane raced on to the loose ball and converted from close range to give the Saints a two-goal cushion.

His third was easily the best of the lot as he guided the ball past Given from just inside the area following a lightning quick counter attack from the home side as Mane etched his place into the history books.

Take a look at a selection of tweets praising the Saints forward:

Sadio Mane’s hat-trick was also the earliest in a #BPL match – his three goals coming in the first 16 mins #SOUAVL pic.twitter.com/venO0sOun8

The Mane man scored his hat-trick in just under 3 minutes, the fastest in @premierleague history.

Getting a lot of messages here… What’s happened????

Interestingly, it was Tim Sherwood who first spotted Sadio Mane scoring hat-tricks when he was playing for Metz, in 2011.