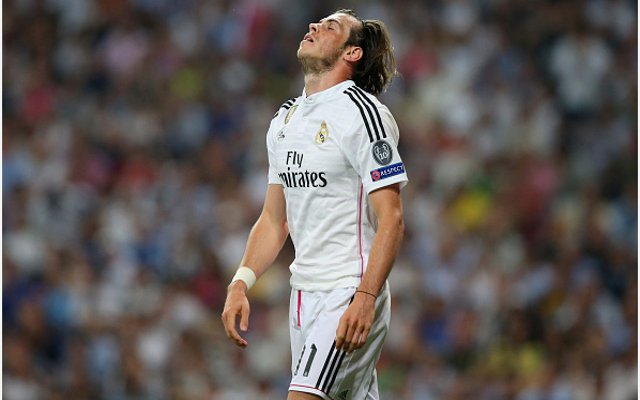 Chelsea are the latest side to be linked with a move for Real Madrid wide-man Gareth Bale, with the Daily Mail claiming the West London outfit could sell Oscar to make room for the former Tottenham man.

Although Jose Mourinho’s side romped to the Premier League title this term, it’s entirely possible that the Portuguese boss will look to make significant summer signings after seeing his side fail to make an impact in the Champions League.

Blues owner Roman Abramovich reportedly wants to bring Bale in and any move for the Real Madrid star will certainly require a massive fee.

Real Madrid paid a world transfer fee of £86m for Bale in September 2013, according to the Daily Telegraph, and, despite impressing in his first campaign at the club, the cultured attacker has come in for a lot of criticism.

Fans of the Spanish giants have consistently booed Bale, with the Welsh international becoming something of a scapegoat for recent poor team displays, most recently their Champions League exit to Juventus (Via Daily Mirror). So, a summer exit could well be on the cards.

Bale netted 22 goals in his debut season, including efforts in both the Copa del Rey and Champions League finals, but hasn’t hit the same heights in his second campaign. That said, he has still managed a very healthy return of 13 goals and nine assists in 29 La Liga starts.

Arguably, Bale would represent a better option than Willian if used out wide, or the aforementioned Oscar if operating in a playmaker role behind the club’s central striker.

Bale has more than proven his Premier League pedigree, winning the PFA Player of the Year award in two of his final three seasons at White Hart Lane.