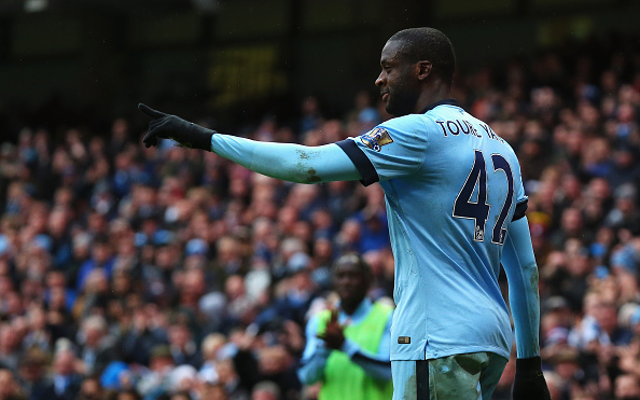 Chelsea are reportedly planning a surprise move to sign two Man City stars according to the Metro.

Jose Mourinho’s side may have cantered to a Premier League title but the Blues boss is apparently still keen to strengthen in the summer.

The West London side are keen on acquiring midfield powerhouse Yaya Toure as well as back-up forward Edin Dzeko in a move that would apparently set the club back £20m.

32 year old Ivorian Toure was missed a great deal during his time away at the African Nations Cup, Man City losing ground in the title race during his national team duty, and though the midfielder hasn’t hit the same heights as he did last season he is still a key member of Manuel Pellegrini’s squad.

Moves to bring in Dzeko could prove easier for Mourinho as the Bosnian has fallen down the Man City pecking order, being behind both Sergio Aguero and Wilfried Bony, and the experienced forward would be a very able back-up for Diego Costa at Chelsea.