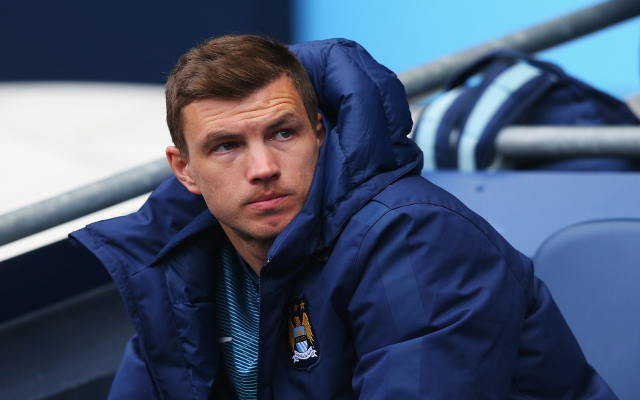 Chelsea will look to land Man City forward Edin Dzeko as a replacement for exit bound veteran Didier Drogba according to the Sunday Mirror.

Chelsea FC news.
Chelsea quartet set for exits ahead of bid for £43m La Liga goal-scorer
Chelsea will spend up to £50m to sign France star

The 29 year old Bosnian has struggled to force his way into Manuel Pellegrini’s starting eleven and the January signing of Wilfried Bony may well prove the death knell for his Man City future.

Man City are ready to sell Dzeko and the likes of Juventus, Inter Milan, Borussia Dortmund and Wolfsburg are all said to be interested but Jose Mourinho will seek to win the race to sign the experienced marksman.

Dzeko has started just 12 Premier League fixtures this term and could well be interested in a move to Stamford Bridge though such a move would presumably see the lanky attacker act as a back-up for Diego Costa.

When called upon Dzeko has more than proven himself at Premier League level, racking up 50 goals in 130 top tier appearances, of which 56 were from the bench.