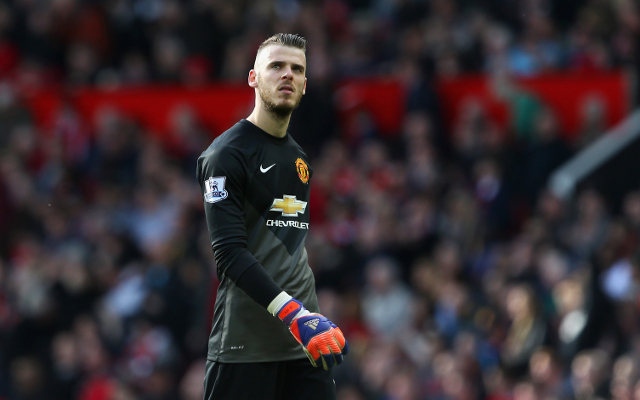 It has been revealed by the Daily Star that Manchester United ace David De Gea is going to have a family summit at the end of the season to decide whether to chase a potential move to Real Madrid.

The Spanish international has a tough decision to make between signing a new £200,000 a week deal to stay at Old Trafford, or moving to the Bernabeu to take over from Real legend Iker Casillas. The 24-year-old is close with his family in Spain, and is likely to take their advice on the matter very seriously. His girlfriend Edurne Garcia still lives in Madrid, perhaps giving a hint as to where she will want De Gea playing.

However, the ‘keeper is meant to be happy in Manchester, and it could take a lot for him to leave. The former Atletico Madrid man is also loyal to the fans, who backed him when he got off to a rocky start early in his Premier League career.

Luckily for the Red Devils they already have a ready made replacement should he move on though, with manager Louis van Gaal signing former Barcelona star Victor Valdes earlier in the campaign.