With Liverpool legend Steven Gerrard playing his final Anfield match on Saturday, Italy hero Fabio Cannavaro thought that it was a great time to pay tribute to the 34-year-old on Facebook.

If anything it was the perfect time for such a post, but not if you’re going to mix up the Reds hero with Chelsea legend Frank Lampard! Cannavaro posted a picture of himself with the now Manchester City from a game between the Azzurri and England in 2002. This was quickly jumped on by social media users, garnering almost 600 likes before the mistake was noticed and taken down.

After over 114 appearances for his country and over 700 for Liverpool you would think that the one time Ballon d’Or winner would know who Gerrard was! At least the former Real Madrid star shouldn’t mix up the midfielder with Lampard. There was much spoken about how the pair were unable to play well together with the national team, and have been Premier League adversaries over the past decade. 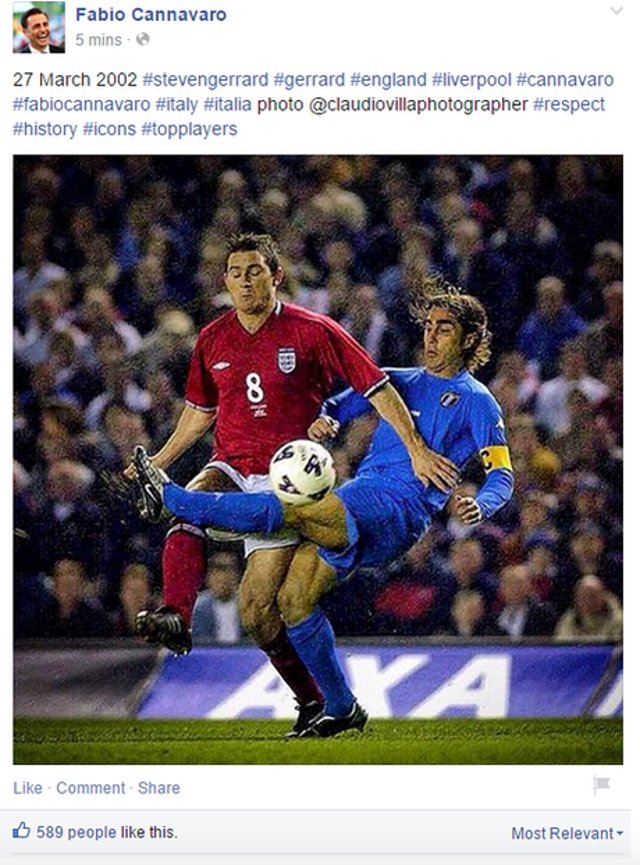