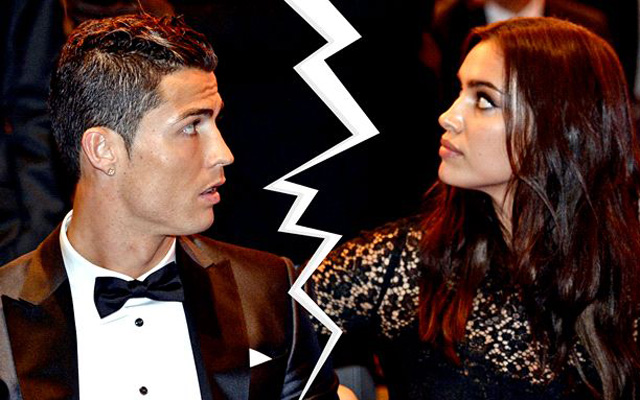 Real Madrid star Cristiano Ronaldo was dumped by Irina Shayk after she accused him of cheating, reports The Sun on Sunday.

The 29-year-old ended their five year relationship after finding flirty messages on his phone from women around the world. Now going out with Hollywood actor Bradley Cooper, the Russian model said in the aftermath that she was looking for an “honest man” who was “loyal to women”. This was perhaps alluding to the news that has now surfaced.

The two time Ballon d’Or winner confessed to his then girlfriend on New Year’s eve, and the pair eventually broke up in March. A source close to the couple told The Sun on Sunday that Irina had said to her: “Now I know the truth and I feel completely betrayed.

“I trusted him and stuck up for him when there were rumours he had been with other women. I feel stupid that Cristiano has fooled me.”

The source added: “Irina could not believe it. She felt she had been completely betrayed. She immediately confronted Cristiano about it, but he initially denied any knowledge. After she explained to him what she had found he eventually admitted to messaging the girls.

“He gave little excuse. She couldn’t believe it so immediately got out of the house. She ended the relationship there and then.”

Shayk feels especially betrayed by the 30-year-old after she stood by him during allegations that he had slept with a Brazilian model in 2013. It wasn’t until she checked his phone bill that she eventually found the truth.