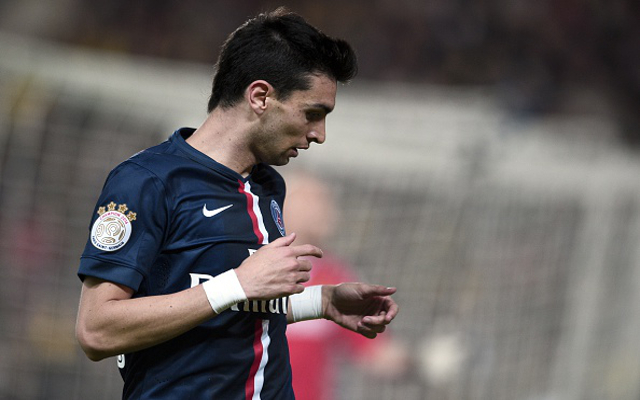 Liverpool will look to lure PSG attacker Javier Pastore to Anfield this summer according to the Metro.

The 25 year old has been in fine form this term, only Dimitri Payet has contributed more assists in Ligue 1, but with just a year to run on his current contract there is speculation that Pastore could leave the Parc des Princes at the end of the current campaign.

The Metro claim it could take as little as £14.5m to land Pastore, a fee that’s half the £29m PSG paid Palermo in 2011 for the playmaker, though his wage demands could prove something of an obstacle.

Pastore would offer Liverpool some much needed creativity and guile in the final third but without a Champions League berth one imagines such a move could prove unsuccessful.

Laurent Blanc’s side secured the Ligue 1 title over the weekend and PSG made real progress in the Champions League this season and as such Pastore may well elect to renew his contract with the French big spenders.