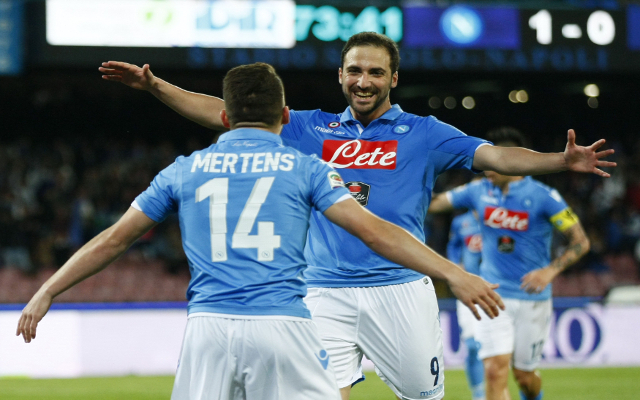 Arsenal are set to ‘table’ an offer for Napoli forward Gonzalo Higuain according to the Metro.

The Argentine international is apparently keen to leave the San Paolo and though both Juventus and Atletico Madrid are interested Arsene Wenger hopes to lure the former Real Madrid man to the Emirates Stadium.

Rafa Benitez’s Napoli side are struggling to secure a Champions League berth for next term and should they fail to do so then Higuain may well be sacrificed to balance the books.

The 27 year old has bagged 16 goals in Serie A this term and could offer Wenger a strong central striking option, who could arguably oust Olivier Giroud, and would help add strength in depth in the final third.

Though Arsenal haven’t struggled to find the back of the net this term, new signing Alexis Sanchez proving hugely effective, Wenger apparently feels the addition of one or two quality additions could help in their pursuit of major honours.