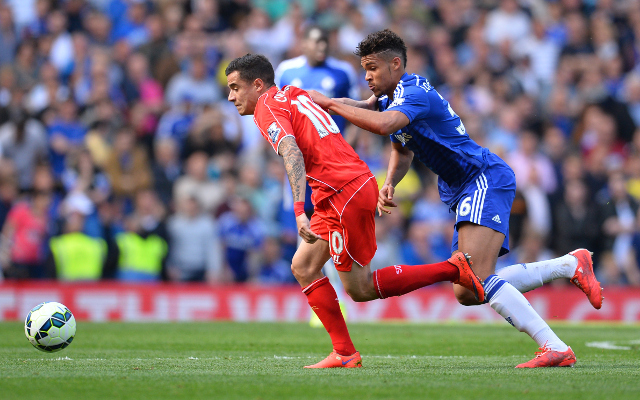 Jose Mourinho claims that controlling parents and money-oriented agents are the real reason that Chelsea are failing to bring through top class youngsters from their academy into the senior side.

The Blues have been criticised for not producing any first-team talent from their youth section since 34-year-old captain John Terry, but Mourinho has explained why the club are struggling.

The Portuguese manager revealed, “Without naming names, I could write a book,” as quoted by the Mirror.

“In modern football, it is because of the agents and the parents – when the players are almost there, and in the process of being almost there, they think they are already there,” he added.

“They make the players think they have arrived when they haven’t. They think about money before the career starts, and everything gets very, very confused.

“That doesn’t help the players. They need stability,” the 52-year-old continued.

“It’s not the case, but imagine Ruben’s family or agent pushing the kid to go – ‘The kid has to go on loan.’ Imagine that picture.

“That’s not what he needs. In this moment, he needs stability.”

The distance between the academy and the senior side is even more puzzling when it’s noted that the Stamford Bridge outfit have one of the most outstanding youth setups in the country. This season, they retained the FA Youth Cup, and the under-19s sealed the UEFA Youth League title beating Shakhtar Donetsk in the final last month.

Promising Blues youngsters Izzy Brown, Ruben Loftus-Cheek and Dominic Solanke could all handed a part in the first-team’s trip to West Bromwich Albion on Monday night – in what would be a very rare runout for the academy stars for the Premier League champions.

Loftus-Cheek started in Chelsea’s previous league clash versus Liverpool, and could be handed another start at The Hawthorns.