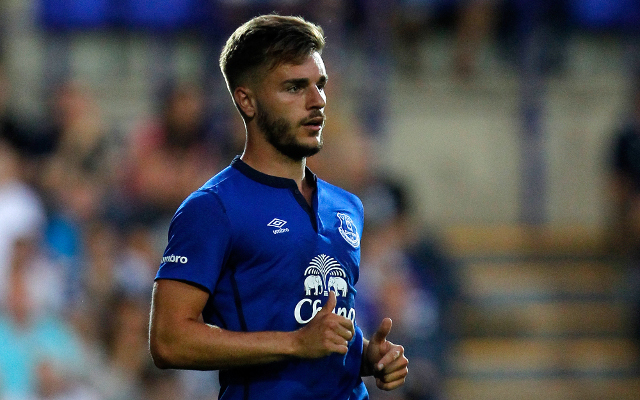 Liverpool could make the surprise move to sign a highly-rated young player from Merseyside rivals Everton this summer as they eye a move for Jack Garbutt.

The talented young left-back has really caught the eye of late with his performances at Goodison Park, filling in admirably for the injured Leighton Baines and now coming onto the Reds’ radar.

Liverpool already have Alberto Moreno as first choice in that part of the pitch, but Brendan Rodgers may be keeping his options open in that area after an unconvincing first season at Anfield from the Spanish international.

Garbutt looks a top English talent who could do well at a bigger club, and Liverpool are ready to rival Bournemouth for his signature this summer, according to claims from talkSPORT.

It remains to be seen if Everton would consider letting a top talent leave to their bitter local rivals, but his exclusion from the team this weekend has cast some doubt over his future.