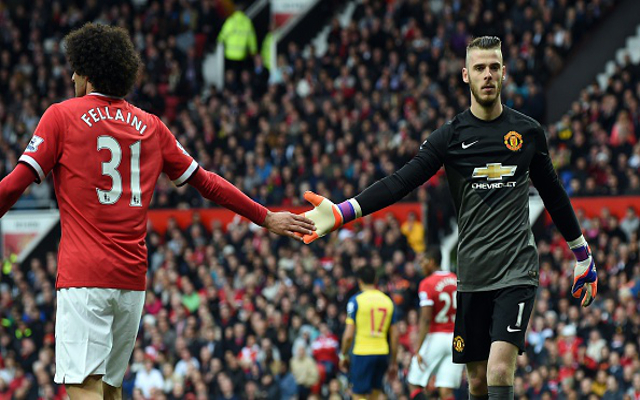 The 24 year old Spanish international has apparently already agreed terms on a Bernabeu contract, with super agent Jorge Mendes having negotiated terms, and may well have played his last home game for Man United.

De Gea came off injured towards the end of Man United’s draw with Arsenal and was replaced by Victor Valdes, the former Barcelona man perhaps ‘in the clear’ to take the starting spot in Louis van Gaal’s XI.

The former Atletico Madrid man has been Man United’s most consistent performer this term and is a player that will be sorely missed.

Carlo Ancelotti could well do with replacing his current number one, Iker Casillas, with Real Madrid’s defence having conceded almost double the amount La Liga title winners Barcelona have let in.

David de Gea initially struggled for form following his £18m move to Man United in 2011 but has since matured into one of the best keepers in European football.