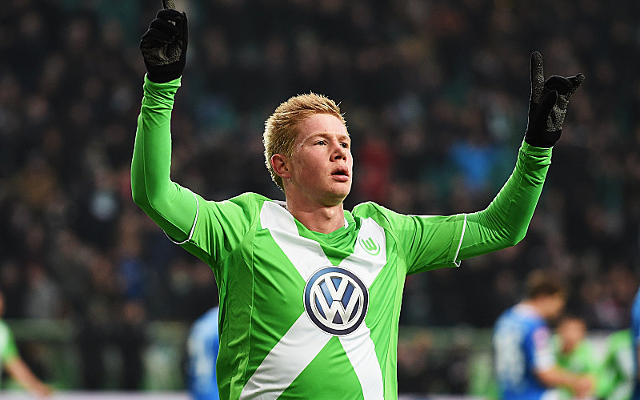 Manchester City could face a fight to sign £40m-rated Wolfsburg attacking midfielder Kevin De Bruyne this summer after being warned off making a move for the Belgian international.

De Bruyne has had an outstanding season in the Bundesliga this term, notching up an excellent 15 goals and 25 assists in all competitions to establish himself as one of the finest attacking players in Europe.

Despite previously failing to make the grade during a first spell in the Premier League with Chelsea, the 23-year-old is now showing his true potential and attracting strong interest from City this summer as they look to strengthen for next season.

According to the Daily Mail, however, the club could be in with an uphill challenge in their bid to sign the former Blues man, with Wolfsburg dubbing the player ‘unsellable’ ahead of the upcoming summer transfer window.

Speaking about De Bruyne’s future, Wolfsburg CEO Klaus Allofs said: “At the moment, I’d call him unsellable. I am 100 per cent convinced he will play for us next year.”