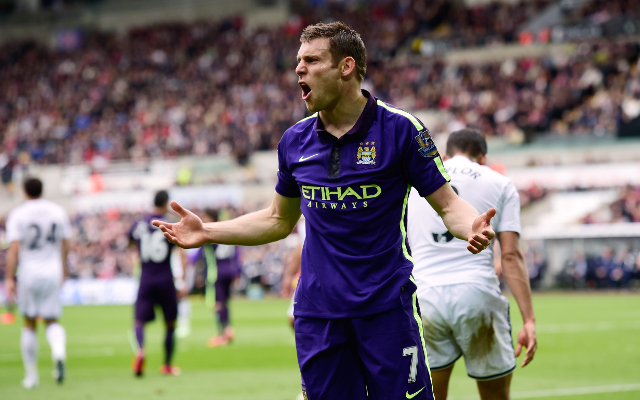 James Milner is poised to reject a four-year deal worth £165,000 per-week and snub advances from Liverpool to join Arsenal when his contract at the Etihad expires in the summer.

According to the Daily Star, the England international has been offered a lucrative deal with the Citizens – worth £34m over four years – as his current club are reportedly desperate he stays in Manchester.

If Milner were to sign the new contract, it would put him alongside the Yaya Toure and Sergio Aguero as one of the side’s highest paid players, and among the top paid English stars in the Premier League.

The report claims that the 29-year-old will hold further talks with City later in the week, but is expected to reject any new deal in favour of a switch to the Emirates Stadium.

Liverpool are still interested in his signature, and will compete with Arsenal’s rumoured offered wages of around £125,000 per-week, but his mind seems set on a move to North London.

The midfielder has been in fine form this term; making 39 appearances in all competitions, scoring eight goals and registering six assists – and boss Manuel Pellegrini believes it would be a huge blow if he leaves.