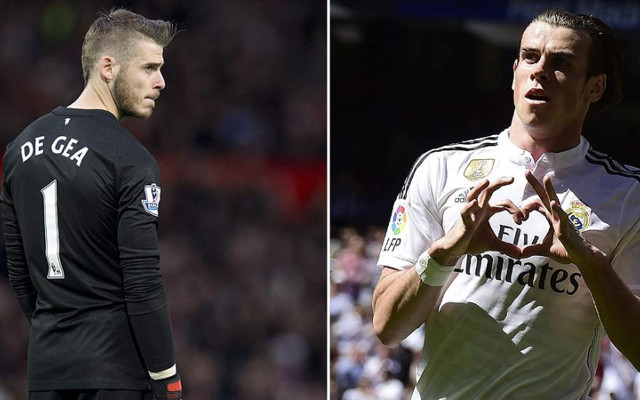 If reports are correct, it’s becoming increasingly likely that David De Gea will make the switch to Real Madrid in the summer – but Gary Neville says Manchester United should only allow the deal to happen if they can land Gareth Bale as part of the transfer.

The futures of both players are considerably uncertain as the opening of the summer transfer window approaches, and an incredible swap deal is very much on the cards.

“Real Madrid are particularly aggressive,” as quoted by The Sun.

“Once a player only has a year left on his contract Manchester United have a decision to make if Real do come for him, as it looks like they will,” the Sky Sports pundit added.

“Manchester City, Chelsea, Arsenal and Liverpool will all want Bale.

“So if you are going to give Real a player I think it would make sense to try and get Bale and steal him in return for De Gea.”

Following Manchester United’s final home game of the season versus Arsenal on Sunday, Neville admitted that the crowd reaction to De Gea and his wave to the stands is telling that his future lies away from the Theatre of the Dreams.

“You saw the fans, they were singing his name.

“They are singing his name in appreciation of the season he’s had. He’s been Manchester United’s Player of the Season and they’ll be saying, ‘please stay’.

“With his form this season I was always hopeful he’d stay.

“But with the wave of noise in the Press it just looked to have an inevitability about it.”

The Spaniard has been in inspired form this term; almost single-handedly helping the club return to the top four and seal a place in next season’s Champions League.

If the keeper is to swap Old Trafford for the Santiago Bernabeu in the summer, he would be a huge loss to Louis van Gaal. However, the Dutchman knows that potentially landing Gareth Bale in exchange would help see that the fear factor returns to the Red Devils team.