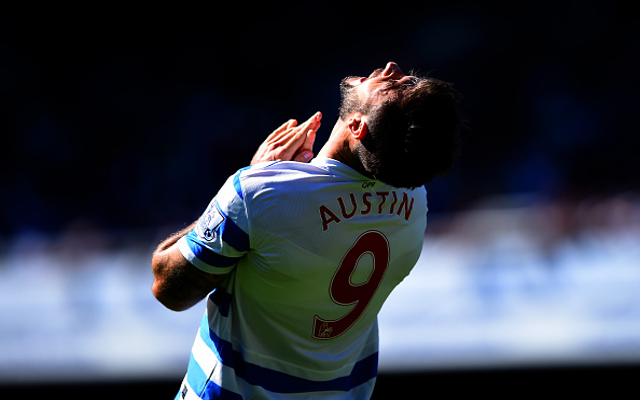 Anfield outfit will no doubt be on the look-out for a new goalscoring weapon and this marksman may well be the right man for the job.

Liverpool were always going to struggle to replicate the form that led to a runners-up finish in 2013/14 the moment they sold Luis Suarez to Barcelona and the transfer business conducted by Brendan Rodgers served to exacerbate matters.

Signing Mario Balotelli was clearly a gamble that failed to pay off and whilst a £4m move for Rickie Lambert was a solid, and cost effective one (Via BBC), that too proved to be something of a failure.

The two summer striking captures managed just three Premier League goals between them and the added obstacle of losing Daniel Sturridge for much of the campaign through injury all but ended the club’s hopes of a successful campaign.

Having netted just 51 Premier League goals this term – around half the total achieved last season – it’s fair to say that Brendan Rodgers may be on the look-out for a goalscorer this summer, but the lack of a Champions League carrot is sure to have implications on the level of transfer target Brendan Rodgers can realistic secure.

The man who should be high up on Liverpool’s summer wish-list should be QPR’s Charlie Austin and a number of sources, including the London Evening Standard, claim Rodgers is keen on the 25 year old Loftus Road forward.

QPR brought in Austin from Burnley in August 2013, for a rumoured £4m fee (Via London Evening Standard), and the West London side couldn’t have dreamed the powerful old fashioned marksman would be quite so prolific as he has turned out to be.

In his first campaign at the club he replicated the Championship form he had enjoyed at Turf Moor, his 20 goal haul including crucial play-off strikes which led to promotion to the top flight, and Austin continued to impress in the Premier League.

His wholehearted attitude and tireless work up front, often as the sole striker, has endeared him to the QPR faithful and he has coupled this work ethic with a great deal of skill and proven himself to have a great footballing brain to boot.

Netting 17 goals in your Premier League debut season is no mean feat and to do so for a club that’s failed to avoid relegation is frankly mind-boggling.

Austin belongs in the top tier and Liverpool would do well to make an offer for the QPR man, Super Hoops boss Chris Ramsey will have his work cut out trying to keep hold of the England hopeful, and he has more than proven himself capable of making a significant impact in the Premier League.

With the creative talents such as Philippe Coutino, Raheem Sterling and Adam Lallana providing the ammunition, Austin could well thrive on Merseyside and help to once again make Liverpool a potent force in the final third.