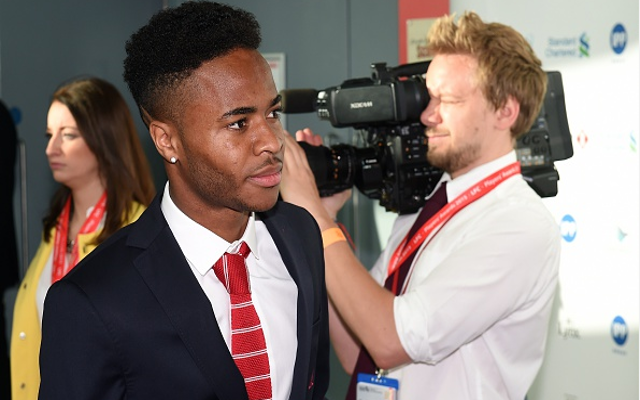 Raheem Sterling was reportedly booed as he collected his Young Player of the Year award at Liverpool’s annual ceremony on Tuesday evening, as supporters appear to not be too pleased with the latest stories surrounding the youngster.

The Young Player of the Year award goes to Raheem Sterling #LFCPlayersAwards pic.twitter.com/gsg7rw034H

The 20-year-old was named as the club best young player of the season after scoring eight goals in 43 apperances in a tough campaign for the Reds, who have failed to win a trophy or finish in the top-four and have therefore missed out on Champions League qualification.

Liverpool Echo’s James Pearce and The Times writer Tony Barrett both revealed the reaction that Sterling received via their respective Twitter accounts:

Sterling’s speech interrupted by a shout of ‘stay Raheem’ and then a smattering of boos. — James Pearce (@JamesPearceEcho) May 19, 2015

Sterling is booed as he collects his award. — Tony Barrett (@TonyBarretTimes) May 19, 2015

Just to clarify, some booed, some heckled and others applauded. A mixed reception would be the best description. — Tony Barrett (@TonyBarretTimes) May 19, 2015

It is understood that the lack of success at Anfield has caused Sterling to question his future at the club and as reported by Sky Sports on Monday night, he is expected to inform manager Brendan Rodgers of his intention to refuse any new contract offer.

That will then increase speculation as to if the Reds will keep hold of the star man, with Premier League rivals Manchester City thought to be leading the race for the winger (via Sky Sports).