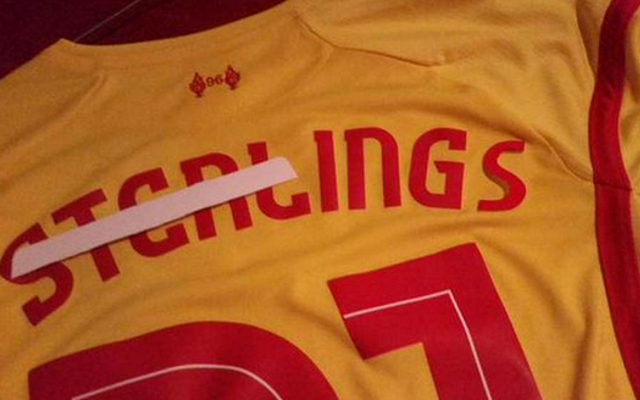 One creative Liverpool fan responded to the news that Raheem Sterling will tell boss Brendan Rodgers that he wishes to leave in the summer by ingeniously editing his current Reds shirt.

BBC Sport reported that the winger told Rodgers before their clash with Chelsea on May 10 that he wants to leave Anfield, and will hold further talks with the Northern Irish manager and chief executive Ian Ayre at the end of this week.

If the Merseyside club give in to his demands, they are expected to command a fee of £35m for his signature – with Arsenal and Manchester City poised to make an offer.

One Twitter user was hit with the brutal realisation that his Reds jersey with ‘Sterling’ on the back could become redundant at the end of the season, but tuned into his creative mind by blocking out ‘Sterl’ and adding an ‘S’ to the end to read the surname of rumoured summer signing ‘Ings’.

Check out the crafty shirt below…

Well, that was easier than I expected pic.twitter.com/B5QB5SygyM

Burnley striker Danny Ings is expected to swap Turf Moor for Anfield, and could become the Reds’ first summer signing when the England under-21 international becomes a free agent next month [via the Express].