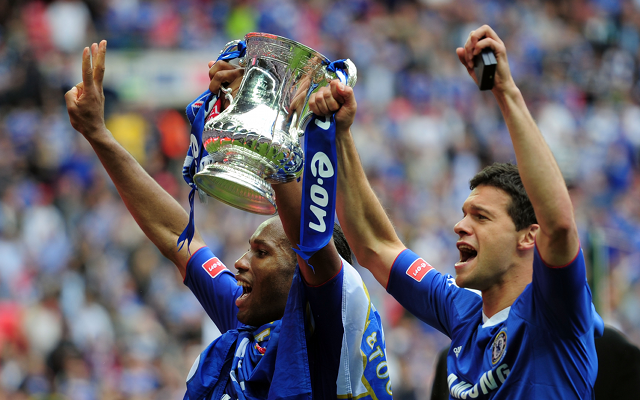 The former German international joined the Blues in 2006 on a free transfer from Bundesliga giants Bayern Munich and went on to make 166 apperances for the West London outfit scoring 25 goals. He also won the Barclays Premier League title, FA Cup and League Cup during his four-year spell with the Blues.

Ballack played alongside some world class players at Stamford Bridge which made the task of naming a five-a-side team all the more difficult and as expected he named himself in the centre of midfield alongside Frank Lampard with Didier Drogba up front, captain John Terry in defence and Petr Cech between the sticks.

The likes of Ashley Cole and Michael Essien could feel hard done by at being left out of the team, but listen to Ballack speak about his choices in the video below: