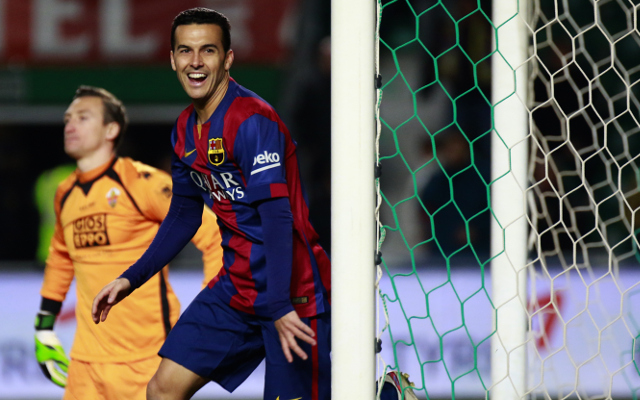 Arsenal are closing in on sealing a cut-price deal for Barcelona winger Pedro Rodriguez with the La Liga champions willing to accept offers of around £10.8m.

According to Spanish news outlet Fichajes.net, the 27-year-old is likely to leave Barca in the summer transfer window, but will have to move to a club outside of Spain to have his high salary demands met.

Atletico Madrid and Valencia have reportedly expressed interest in his signature, but would not be able to offer his desired wages.

The report, therefore, claims that a switch to the Premier League would be ‘natural’.

The news has put Arsene Wenger on alert with the Frenchman keen for Pedro to team up with former Barcelona team-mate Alexis Sanchez at the Emirates next season. However, they will have to fend off English rivals Manchester City to land the winger.