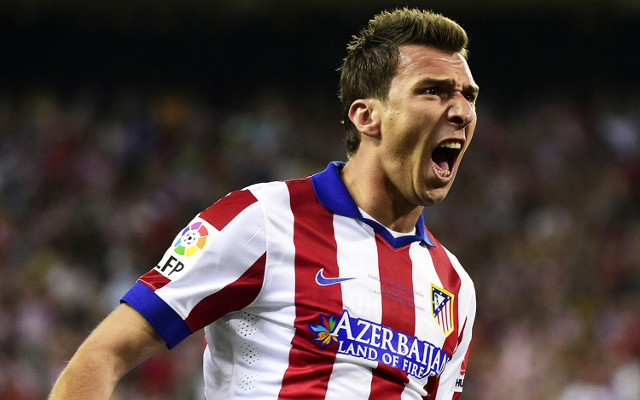 Liverpool are set to offload Mario Balotelli, Rickie Lambert and Fabio Borini in the summer, and Atletico Madrid forward Mario Mandzukic is at the top of Brendan Rodger’s transfer wish-list.

The Reds are prepared to be ruthless with their underachieving attack at the end of the season, and no second chances are set to be rewarded to new signings Balotelli and Lambert after their miserable debut campaign at Anfield.

The Daily Star cite reports from Spain that Rodgers is an admirer of Mandzukic, and wants the Croatian to partner Daniel Sturridge in a revamped forward line next season.

The 28-year-old only made the switch from German giants Bayern Munich to the Estadio Vicente Calderon last summer, but having scored 20 goals in all competitions during his first campaign in La Liga, his performances haven’t gone unnoticed.

His presence and physicality would surely see the striker adapt to England’s top flight with ease, and this combined with his ability to spearhead counter-attacks could make him an ideal partner to Sturridge.

Nonetheless, Liverpool will have to fend off interest from Premier League rivals Manchester City and high-flying Bundesliga outfit Vfl Wolfsburg for his signature.