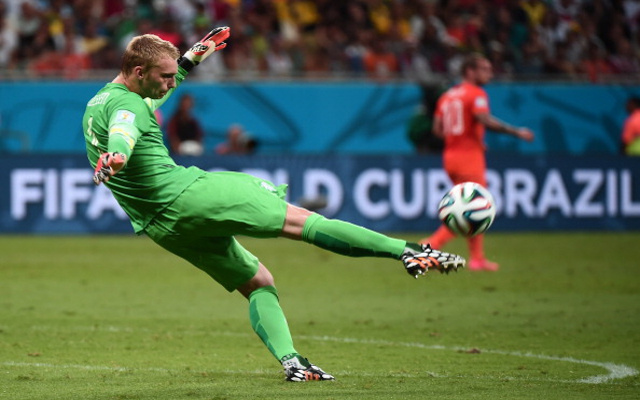 Manchester United boss Louis Van Gaal is said to be prepared to turn back towards another of his World Cup stars Jasper Cillessen as a possible replacement for goalkeeper David de Gea, according to the Daily Mirror.

The Ajax star was Van Gaal’s first choice stopper during last summer’s tournament, and he has apparently now set aside £25m should he fail to convince de Gea to stay at the club over the coming months.

The 26-year-old has been targeted by Van Gaal’s trusted goalkeeping coach, Frans Hoek, who is one of the manager’s oldest lieutenants.

Cillessen would be United’s second expensive foray into the Eredivise market, should he sign, having already picked up PSV Eindhoven star Memphis Depay for £25m.

Hoek rates Cillessen as one of Europe’s best goalkeepers, and has been left impressed with his technical ability.

He also feels that his athleticism is similar to that of de Gea, and feels he would possess the necessary ingredients to be a success in the Premier League.