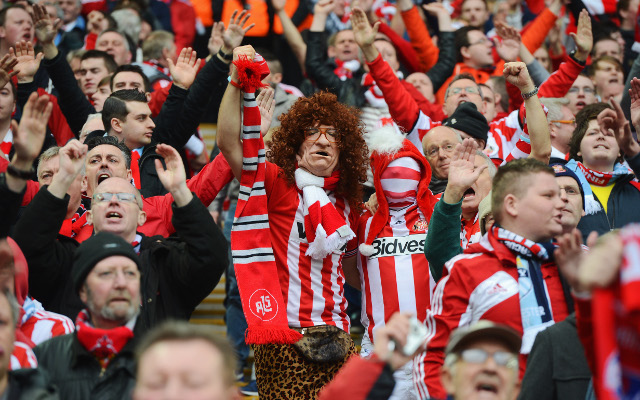 Arsenal drew 0-0 with Sunderland on Wednesday night, with the result ensuring the Black Cats will remain in the Premier League for another season.

The Gunners started the game with what proved to be the match template – with plenty of possession but little in the way of penetration. The Black Cats defence stood resolute against the onslaught, sitting deep and hoping for opportunities on the counter, and in typical Arsenal fashion the North Londoners found it hard to break them down. However, Sunderland didn’t look like scoring at this early stage either, with Adam Johnson having their only shot of the first half, spraying it over from range.

However, in the second half the game started to warm up, with both sides getting chances. While the Gunners were slowly beginning to wear down the packed Blue defence in front of them, the away side looked far more dangerous on the counter. Steven Fletcher came close with this dinked effort early on, after coming off the bench during the break.

This seemed to wake Arsenal up though, and they doubled their efforts on Costel Pantilimon’s goal. It took some calm defending from Sebastian Coates to keep out this effort from Theo Walcott – another substitute.

With minutes left the Gunners started to panic, as the Emirates crowd belatedly become involved in the encounter. However, even this wasn’t enough to score past Dick Advocaat’s well marshalled side. Pantilimon made this great save in the dying seconds to complete yet another great escape from the North East team.

After years of being put through the ringer, Sunderland fans must surely be hoping for boring mid-table obscurity by now.