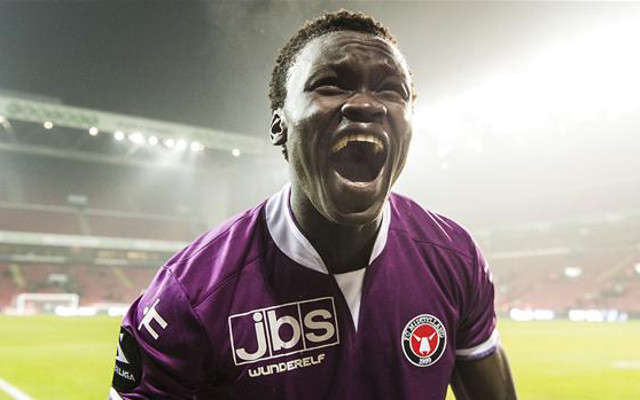 Arsenal are set to battle it out with Juventus and FC Porto for the signature of highly-rated Danish midfielder Pione Sisto in the summer transfer window.

The performances of the FC Midtjylland starlet this term has created immense excitement over his talent – resulting in the interest of a number of Europe’s top clubs over his signature.

According to reports from Danish news outlet Ekstra Bladet, Arsenal, Juve and Porto are all readying offers for the Denmark Under-21 international.

Portuguese giants Porto are likely to have the edge in any transfer given they are the only club that could potentially offer first-team football which, at 20-years-old, would be key for his development. What’s more, the lure of walking out at the Estadio do Dragao, the same ground that has earned such superstars as James Rodriguez and Radamel Falcao huge success, could sway his mind, the report suggests.

Sisto, 20, was voted Player of the Year 2014 by the Danish Footballers’ Association, and is described as the most impressive young talent in the country at present.

The versatile midfielder, who can also play on the wing, has scored eight league goals in 18 appearances – helping the Danish Superliga side to title triumph.

Despite their domestic success, however, it seems that Midtjylland will struggle to keep hold of their prized asset at the end of the season.