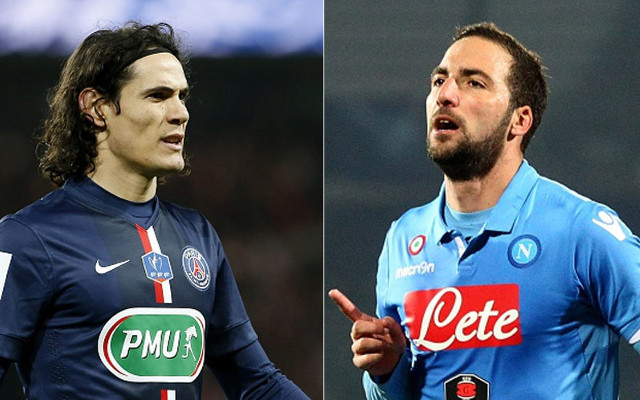 Desailly was commenting on where Europe’s most in-demand midfielder Paul Pogba could end up playing next season, and claims that Chelsea won’t enter the race for his signature, as there’s only one area of their first-team that requires strengthening.

It’s not the midfield…

The Frenchman believes that the Blues must sign another world-class striker to partner or provide competition to Diego Costa up front – if they are to remain Premier League champions and challenge for the Champions League.

“Costa has done well, Drogba also, but they need a third top player – a Cavani, a Higuain, someone very close to Costa [in ability] to be able to think about winning a Champions League.

“In other areas I don’t see anything unless a player leaves.”

Costa joined Chelsea from Atletico Madrid in a £32m move last summer – and he proved to be worth every penny, as he fired in 19 league goals in his debut campaign in England’s top flight.

But for injury in the final two months of the season, he was poised to beat goalscoring rivals Sergio Aguero and Harry Kane to the Golden Boot.

Nonetheless, his absence proved a shortage of world-class fire power in the Blues attack with veteran Didier Drogba and out-of-favour Loic Remy the only options for boss Jose Mourinho.